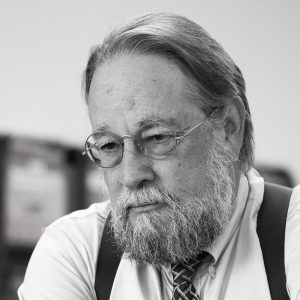 Even in normal times it is not easy for outsiders to understand American politics, even outsiders who live in democracies. And that is because America is an outlier as the planet’s longest-lived mass egalitarian democracy, and as an immigrant society with a civic as opposed to ethnic form of nationalism, an incipient universal civilization despite the flaws that remain within.

And these are by no means normal times. The U.S. House of Representatives impeached President Donald Trump yesterday (December 19), only the third such episode since the ratification of the U.S. Constitution in 1789, and the only time that impeachment or impending impeachment (in the 1974 case of President Richard Nixon) has involved a President who was not a lame duck (no way Andrew Johnson was going to run for President in1868; Nixon and Clinton were in their second terms).  That’s not normal to the point of being unique.

Truth to tell, even Americans increasingly don’t understand their own political culture—a fact that is to some extent true of all political cultures. Just as fish are the last to discover water, it takes a special effort backed by a special kind of education to redeem unexamined assumptions from the minds of those who live within their own politispheres. In the case of the current impeachment drama, this matters because outsiders trying to pay attention to it might well be puzzled by the contending discourses they overhear—as thought different sides were describing two completely different worlds. That is in fact the case; your hearing is perfectly fine. But one of the reasons it is the case has to do with the fact that most of the American political class and media seem these days not to really understand their own Constitution and history, or to care about it if they do understand it—which is worse.

So I have cooked up here a series of questions-and-answers that, taken together, form a primer for my Arab readers. I figure since most Americans might not be understanding very well what’s going on, al-Mesbar readers may need a little help getting a grip, too.

Now, before getting down to brass tacks, as we say, let me mention two matters to set the stage.  First, this whole business is very complicated. It would take a book to properly explain what’s going on and what’s at stake. But I don’t have time to write and you don’t have time to read a whole book, so we must make do with less. Just please don’t mistake what you see here for a comprehensive analysis.

Second, obviously, this is a very heated partisan shoving match that’s going on in the United States, and so you are right to be skeptical of the objectivity of any explanation that comes before you. What you need to know, therefore, is that, despite being of a selectively conservative temperament, I have never been a Republican (despite having worked for a Republican Administration), and I have not been a Democrat since 1991. I have not voted for a major-party presidential candidate 24 years. My view is that both parties are near brain death, and that both have far too often acted foolishly and irresponsibly: You cannot work your way down to a constitutional crisis any other way, really. I am also not susceptible to Washington fever; I’m writing 15,540 kilometers from Washington, in Singapore, where I have been for the past five months. A little distance can be useful at times like these.

Moreover, unlike most Americans—indeed most people everywhere—I am a trained social scientist whose default drive in situations like this is not to put a premium on emotion and bloodsport handicapping, but on facts and rational explanation of the facts. I am an adept of both the late political satirist and activist Dick Gregory (“Start with the truth before you tamper with it.”) and former Speaker of the House Sam Rayburn (“Always tell the truth; that way you don’t have to remember what you said.”) I may not be a perfect seer, but I am not going blow smoke up any particular orifice you may possess—that’s a promise.

OK, so now fasten your seatbelt, here we go.

Q: If President Trump has been impeached by Congress, doesn’t he have to leave office?

A: No. The way the Constitution works, the House of Representatives can impeach the President, as it has done, but then the Senate sits as a special jury to either convict or exonerate the President. That has not happened yet.

A: Almost certainly not. Convictions require a supermajority, 67 out of 100 votes. While some Republican Senators may vote to convict, not nearly enough of them—and they are the majority in the Senate now—are likely to do so.

Q: Assuming for the sake of argument that the Senate does vote to convict, will President Trump leave office voluntarily? If not, what would happen?