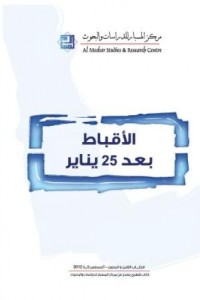 In its 68th monthly book, Al-Mesbar Studies and Research Center discusses the fates of religious minorities after the Arab Spring revolutions—and after political Islamic groups took authority. The issue focuses on the Egyptian Christians—“Copts”—the largest minority in the Arab world. Dr. Ali Leila discusses Coptic civilization and history, and provides statistics showing Copts’ geographical distribution across Egypt as well as an exploration of Copts’ positive social effects on Egyptian identity. Priest Andrea Zaki Stephanos examines Christian powers in Egypt and their attitudes toward the revolution and toward the Orthodox Coptic Church and the Evangelical and Catholic Coptic Church. Essam Abdullah examines the Coptic fears of a Muslim Brotherhood takeover in Egypt. He also discusses the history of coexistence between Copts and Muslims—and even flourishing periods when the Copts held high positions in the Egyptian state. Wael Lotfi looks at Copts in Egypt from the Salafi perspective; he writes about Salafi history in Egypt and about the jurisprudential background on which the Salafi view of Copts is based. Sania Al-Bahat explores the media’s role in stirring up sectarianism. This issue’s monthly book is The Egyptian Church: Religion and State Balances by Hani Labib.