Pluralism in the Gulf and Neighboring States: Realities and Prospects 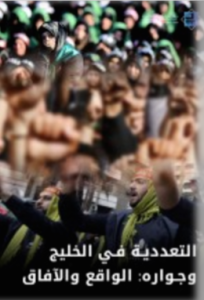 Al-Mesbar’s 107th monthly book, for November 2015, provides a comparative examination of how ethnic and religious pluralism is “managed” in various parts of the Arab region, including areas not often scrutinized by international researchers. It is the first in a two-volume series: This one examines Iraq, the Gulf, and Yemen. (The volume to come will consider the Maghreb, Syria, and Sudan.) Topics include the application of “affirmative action”-style quotas as a component of “diversity management” in Iraq and Bahrain, as well as the impact of foreign interference in ethnic  and sectarian affairs in a polarized environment.

The United Arab Emirates presents a unique model for the management of pluralism, developed to foster civil peace in a country of in which the spectrum of the world’s religions, nationalities, and ethnic groups share a public space. Aspects of the “model” were augmented recently with the passage of a new “anti-discrimination and anti-hatred” law. Two chapters of the book examine the UAE model and experience: “Cultural and Religious Pluralism in the United Arab Emirates”, and “Managing Religious Pluralism in the UAE”.

Saudi Arabia, contrary to some outside perceptions, is actually host to numerous indigenous sects and denominations. Another study in the book addresses the kingdom’s doctrinal diversity, exposes the reigning doctrine of Islamic jurisprudence with respect to pluralism, and shows how the government deals differently with different sects and Islamic strands, including Shiites, Isma’ilis, and Sufis. The chapter is also useful to researchers in that it trains the spotlight on Saudi voices who call for improvements in the management of Saudi pluralism.

Another important issue related to pluralism in Arab societies is “affirmative action policy,” which seeks to mitigate the social disparity relegating women and minorities to second class status. The policy offers job opportunities, promotions, and education to women, for example, in order to place at least some of them on par with males. These kinds of solutions rely on strong government institutions that are capable of laying down affirmative action policy as a step towards integration among the different strata of society — and a step away from segregation.

Effective management of religious and ethnic pluralism in the Arab world would serve to guarantee the rights of religious and ethnic groups based on the principle of equality in citizenship. These conditions are lacking in Arab states, with constitutional guarantees of equality more honored in the breach than the observance. Some Arab regimes at best achieved what could be called “forced integration,” by paving over traditional identities to create a paper-thin national identity. This in turn fueled the struggle between the state on the one hand and marginalized religious and ethnic communities on the other. Most Arab states handled the demands and aspirations of minorities as “threats” to the social fabric and political unity.

Improvements in the management of pluralism can be achieved by reviewing the relationship between identity and geography, and seeking to protect the social fabric from foreign interference. The “other” will be less likely to become an ally of a hostile neighboring country provided Arab states to establish fair social policies that transcend religious, racial, and sectarian differences.

In the 19th and 20th centuries, some Arab and Muslim powers were suspicious of the modern principles of religious and ethnic pluralism. This “wariness” was related, in part, to the legacy of foreign intervention: In the late Ottoman period as well as the early years of Arab post-colonialism, Western powers sought to exploit the dilemma of minorities in the region to serve their own political objectives.

The challenge of Arab democratization includes coming to terms with the basic tenets of a democratic society — including the virtues of pluralism, the equality of citizenship, minorities’ political participation, the recognition of cultural and linguistic diversity, and the rejection of intolerance and hate-speech that threaten the security of Arab societies. The chapters in this volume aim to help advance the region’s understanding of the options for a more effective management of religious, cultural, and ethnic pluralism within a modern state — a state for all its people, which satisfies their needs and draws strength from its diversity and pluralism.

The center would like to thank all contributors to the volume — and in particular, our colleague Husamaldin Ali Majid, who coordinated its chapters.