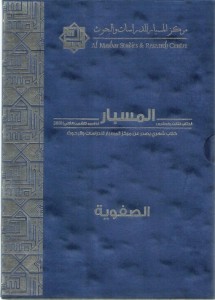 In its 23rd monthly book, Al-Mesbar Studies and Research Center explores “Safavism.” The issue focuses on the historical background, when the Safavid state entered into a long conflict with Sunni Islam, which was represented by Turkey. That conflict still haunts the Islamic consciousness—in addition to the other wars between the Safavid and Ottoman states, which caused the deaths of thousands of people from numerous sects, religions, and nationalities. The issue presents Ali Alwardi’s study “Al-Safawia State and Belief in Shiism,” which was included in his book Social Hints on the Modern Iraq History. Ali Ahmed Rasheed tackles the reasons and factors for the foundation of the Safavid state. Ali Al-Sheikh pursues a study on the Safavid state and following other doctrines and religions. He highlights what the Sunnis endured under the Safavi era in order to convert them to Safawi Schism, noting that the Safavid state was built on sectarian pillars. He also examines the cases of other religions and sects under the Safavi era. Hidar Abdumenaf Albiati’s study is “The Mystic and Philosophical Scene in Al-Safawia.” Fatima Hashimi examines the development of science, arts, and literature in the Safavi era. The monthly book nth is Al-Hussein Saga by Ayatollah Mathari. The study of the issue, “Disease of Elitism and Trap of Exclusion” by Lebanese researcher Ali Harb, seems out of Al-Mesbar’s usual orbit, but it is part of the series on “In the Radical Mind.”