Why Did the Muslim Brotherhood Fail?

The “Arab Spring” revolutions lent an unprecedented opportunity for the Muslim Brotherhood movement to emerge from secrecy and take political power, whether by ballot or by bullet, in Egypt, Tunisia, Libya, and elsewhere.

Indeed, the Brotherhood won sweeping electoral victories in Egypt. It achieved influence and prominence in the Libyan political arena as well. The Brotherhood-affiliated Ennahda Movement found itself in power as the head of the coalition government in Tunisia. Yet these movements found it difficult to administer their responsibilities amid difficult and painful circumstances. The Brotherhood was overthrown in Egypt. Its power in Libya weakened. In Tunisia, Ennahda managed more skillfully to step back from the brink of crisis — but short of total defeat, its failure to meet the hopes of a large segment of Tunisian society damaged its credibility. In sum, hardly had the Brotherhood taken power than it lost what it had gained, perhaps owing to a combination of failure to govern, lack of a constructive vision, and lack of political expertise. Its weaknesses sparked a momentous counterrevolutionary trend. 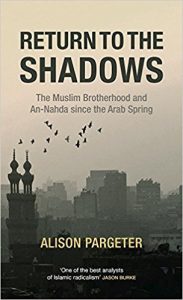 In her new book, Return to the Shadows: The Muslim Brotherhood and Ennahda since the Arab Spring, British researcher Alison Pargeter parses the trajectories of the Muslim Brotherhood in Egypt, Ennahda in Tunisia, and the Libyan Brotherhood during the Arab Spring uprisings, beginning with their ascent in 2011. The book is the outcome of a research project that included interviews with a large number of Muslim Brotherhood leaders and members in Egypt, Libya, and Tunisia. Pargeter examines how these movements responded to the uprisings in their countries; how they attempted to transform into effective political actors; how they fared in power, and why they lost favor so quickly. She argues in essence that their fall stemmed from naiveté and lack of vision.

As Mohamed Morsi took office in Egypt on June 30, 2012, Pargeter observers, the Middle East appeared to have changed irrevocably. After eight decades of repression and semi-clandestine activism, the Muslim Brotherhood at last rushed to the fore and, more importantly, did so by way of the ballot box. Between the onset of uprising in Egypt on January 25, 2011 and the overthrow of President Hosni Mubarak a month later, the group quickly established itself as the only organized force in the country to fill the void. The Brotherhood-affiliated party Al-Hurriya wa ‘l-‘Adala (Freedom and Justice) won the parliamentary and presidential elections and began to prepare a new constitution for the country. This ascent was a watershed moment for the Muslim Brotherhood and Islamism writ large, she notes. It was an opportunity for the Brotherhood — the progenitor of modern political Islam — to demonstrate that an Islamist party can lead an Arab state and roll back the legacy of the military-backed regime it superseded.

In prior decades, the group had eschewed demands to govern. It was well known for its slogan, “Participation does not win,” which was echoed by its leaders throughout 2011. The group had appeared poised to adopt a stance of bargaining and engagement with political authorities on the one hand, and opposition work on the other. The Brotherhood hah been characterized as an incrementalist movement — more rational and disciplined than the more radical and violent Islamist groups.

But when the opportunity finally arrived, the Brotherhood seized power with both hands. Pargeter opines that this had always been their intention, despite their assertions to the contrary.

Meanwhile, Ennahda attained power in Tunisia and the Libyan Brotherhood — one of the most secretive Brotherhood branches during the brutal reign of Muammar Gaddafi — emerged publicly and performed remarkably during Libya’s first democratic elections in June 2012.

But how different the scene was after only one year! The Brotherhood was overthrown in Egypt by a temporary alliance between “people power” and the military. This about-face was followed by a razing of the Brotherhood’s infrastructure in country the onset of one of the greatest  periods of repression in its history. 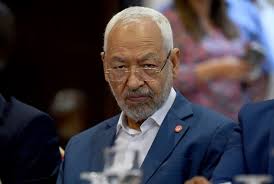 Ennahda managed to avoid the same fate due to the genius of its leader, Rashed El-Ghannouchi. Yet in suffering electoral setbacks, it sustained intense criticism and considerable hostility. In Libya, the Brotherhood’s energies have been depleted among the fires of post-Gaddafi civil war — yet the movement remained ensconced in a range of governing institutions, and continued its struggle to impose authority.

Eventually, all three movements found themselves removed from power, and “political Islam” has returned to its conditions prior to the Arab Spring: marginalized, persecuted, and wanting for public trust.

Pargeter asks: What went wrong, and how did it happen so fast?

These two questions have of course been on the minds of the Brotherhood actors themselves as well. Some regard the fall of former Egyptian president Mohamed Morsi to be the fall of political Islam as a whole — an existential crisis for the Brotherhood. But this prognosis of total defeat is belied by the resilience of Ennahda in Tunisia, which remains a vibrant political and social force.

Brotherhood failings may in the author’s view be ascribed to their misread of the political situation, intellectual superficiality, opportunism, and a willingness to sacrifice principle for short-term political gain. They also failed to act in a consensual manner, she notes, marginalizing and thereby alienating other political forces, feeling that they were strong enough to hold their own alone. Given slim majorities, they manifested overinflated confidence in their ability to maintain power. The author finds that the group failed to transform from a semi-clandestine opposition movement to a modern democratic political actor. It lacked viable political plans and strategies, and failed to channel the Islamic ideals it espoused into practical political solutions. It has since become trapped in a spiral of reactive, often incoherent policymaking.