The Fate of the Extremists: Succumbing 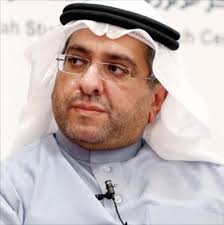 I recently had a rare opportunity as a researcher, together with new friends as well as friends of longstanding, to probe the hearts and minds of 30 victims of extremism. Each had spent time in Saudi prison — some convicted of financing terrorism or plotting attacks, others having willfully surrendered to authorities after returning from war zones in Iraq, Syria, or Afghanistan.

Viewed together, they represent the four major waves of extremist incarceration in Saudi Arabia over the past 25 years: the mid-1990s, late-2001, 2003, and 2006. The most dangerous prisoners had been involved in a credible attempt to build an armed movement in Saudi Arabia and confront the security sector en masse. Several had aided and abetted assassination attempts on government officials. Others were convicted of collecting money for Al-Qaeda. In the earlier of the four phases, some received light sentences. Following the establishment of a dedicated judiciary committee, the verdicts and sentences grew harsher.

Among members of the “first wave,” three returned to prison, having gone on to help finance the “Jihad in the Land of the two Rivers” — that is, the progenitor of ISIS — or help protect individuals who had planned to violate the security of the country. Each of the three had chosen, in effect, to deprive his own children of a father. Yet their children bore no burden of guilt in the eyes of the establishment: They went on to graduate from Saudi universities, and two of the daughters married while their fathers were in prison. At least one of the prisoners who parted with his family when his child was just ten years old is now a grandfather.

Other prisoners served their term and went on to join the society as peaceful citizens. Most were not intellectuals and possessed only a modest education. Some returned to their old jobs, or received government assistance to find new employment and a decent living. Others moved on to the private sector, but failed in business or struggled to make ends meet. A few succeeded in becoming wealthy merchants and businessmen. Ironically, two among them are now in prison again, but this time for white collar money laundering. Perhaps the most surprising case of an ex-inmate who abandoned religious extremism was the one who now makes a living as an exorcist.

One prisoner was first detained at age 20 for having smuggled a man out of Saudi Arabia who had attacked a military base south of Riyadh with anti-aircraft weapons. After 13 years in prison, the young man regained his freedom full of life and renewed ambition. His family and friends tried to envelop him with their love and support. Yet he succumbed instead to the company of groups that supported ISIS and Al-Qaeda. Eventually, he was smitten by Jabhat al-Nusra. One year after his release, now a fugitive once again, he fled Saudi Arabia overland across the Jordanian border. On foot and in disguise, he hid in outlying areas for more than three days. Though Jordan’s border control units were keeping tabs on him, he somehow managed to cross into Syria to join Al-Nusra. He married a Syrian girl. Less than two months later he was killed during a confrontation between his homicidal clique of choice and ISIS.

In reflecting on his life, I picture the fading memory of a clever, self-assured, and promising boy of ten. It is the image remembered more occasionally now by his family: Between their visits to him behind prison walls, they mourned his lost youth. He had vowed to them that he would never repeat his mistakes. He once told his father that his “heart is collapsing,” and asked when he could marry and have a family of his own.

Such a waste of a life in bloom.