The most vulnerable victims of the scars of war — whether physical, psychological, or cultural — are children. One type of child victim is the one who is attacked. The other is the child soldier.

According to UNESCO, in more than half of the world’s conflict areas since 2003, the fighters have included children under the age of 15. 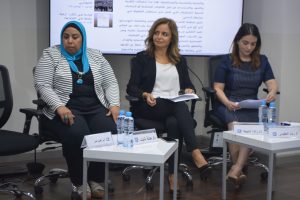 The phenomenon of recruitment and indoctrination of children within armed groups in general and terrorist groups in particular represents an obstacle to the full recovery of populations in war zones.

The issue has to be faced on three different levels. First, the social level, which includes the decisive role played by the family in the process of reintegration.

Second, the psychological level, on which children often experience a sense of heroism, adventure, and camaraderie that makes it difficult for them to flee the violent group. Third, the legal level: it is important to criminalize the phenomenon of recruitment of children in militias, national armies or terrorist groups. Sometimes international conventions calling for maximum protection for victims of war are not sufficient.

The most important goal is re-educating children on good and evil and re-activating their sense of what is beautiful and moral and what is not.

This will be the only effective way to contrast radical indoctrination and systematic exposure to violence.

Rasha el Aqeedi, researcher and translator at al Mesbar Studies & Research Centre, addressed the fate of child recruits in the Islamic State after the liberation of Mosul.

She highlighted some complex issues that Iraq is facing in dealing with child recruitment, such as political instability, lack of authority of civil society organizations on the territory, paucity of resources and financial support to create efficient reintegration programs.

In the future, recruited children should be included in psychological and psychiatric assessments led by both Iraqi and multinational specialized networks.