Is the Islamic State likely to return to the al-Qaeda model?

After the Islamic State’s crushing defeats in Iraq and Syria, a few analysts have begun to suggest that this could herald the end of the group, but most believe the defeats mark a transition.
Indeed, of the two scenarios, the latter is more likely: a rise in the number of attacks abroad, fostered by the return of 5,600 foreign fighters to over 33 countries. 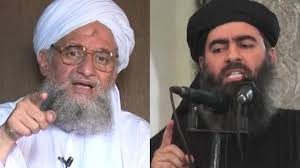 Yet there is no reason to think that the Islamic State will cease to exist.
It will more likely survive by evolving, probably towards a greater resemblance to the older model of al-Qaeda.
In other words, the group will return to its origins, a “re-Qaedaization” that would allow the Islamic State to survive even without territory.

The relationship between the two rival organizations has been tense, especially since February 2014, when the current leader of al-Qaeda Ayman al-Zawahiri officially disowned the younger group.
This does not mean, however, that the Islamic State will not choose to readopt some Qaeda-like traits, such as the significance of the “Far Enemy” – that is the West – and the vision of the Caliphate as a long-term project rather than an immediate priority.
If the strategy of the Islamic State changes, the nature of the threat will change as well, especially in light of the phenomenon of returning foreign fighters.
In redefining itself after its territorial losses, the group will likely empower its global and external assets.
What made the Islamic State unique among jihadist groups was its “glocal” identity: a combination of a global footprint, enabling it to attack the West and other targets, and its capacity to hold territory in Syria and Iraq.
A more clandestine approach will more likely prevail now, both in the Levant and the countries the Islamic States targets around the world.
That is, the Islamic State will eventually evolve into a more classical terrorist group.
In this respect, it is not by chance that before being killed in August 2016, the group’s notorious spokesman Abu Muhammad al-Adnani, repeatedly declared that the Islamic State would continue fighting even without territory.
Territorial control and administration were essential for the group in building up its founding myth and drawing international appeal. The narrative is now deeply ingrained and cannot simply be discarded.
It will more likely be rearranged, the notion of territorial control perhaps to be displaced by utopian expostulations of a future caliphate that will revive a noble past of jihad, expansion, and strength.
From a strategic perspective, the Islamic State’s attacks might start to resemble those of al-Qaeda, characterized by high symbolic value. However, it is unlikely that the group will have the capacity or resources to plan and carry out operations of the magnitude of the September 11, 2001 attacks.
Most likely, the Islamic State will focus on the “Far Enemy”, but mainly rely on small cells with weak or no formal ties to the central leadership perpetrating low-costs attacks.
Indeed, many of the recent terrorist events, for example Nice (July 14, 2016), and Barcelona and Cambrils (August 17, 2017), were logistically quite simple and did not require substantial personnel or long-term planning.
The shift towards a re-Qaedaization of the Islamic State is also reflected in its new rhetoric, which focuses increasingly on an undetermined future more than an imminent present.
Addressing the loss of Mosul and Raqqa, for example, the Caliphate’s propaganda arm makes extensive use of the concept of a “minor battle”. The group claims it will triumph only after the “major battle” – a sort of momentous reckoning for the enemy yet to come.
Thus the most immediate issue of relevance to global security concerns returning foreign fighters. According to a recent report by The Soufan Center, more than 5,600 individuals have left the Islamic State over the past few months.
The data covers only 33 countries, though the Islamic States has drawn recruits from many more.
These challenges are likely to force states to address a number of unresolved issues, from the higher risk of attacks to the weak points of the national legislations that are supposed to prosecute the returnees.
Many of the members of the French-Belgian cell responsible for the attacks in Paris (November 13, 2015) and Brussels (March 22, 2016) for example, had been trained in the Middle East and later returned to Europe.
Historically, when a given theatre of jihadism ran dry, hundreds of fighters traveled to new theatres in different regions.
As is well known, after the anti-Soviet jihad in Afghanistan, jihadists scattered into multiple conflict regions, such as the Balkans and Algeria, or returned to their homelands with a renewed commitment jihadism, as transpired in Egypt.
That said, though jihadist outflows along these lines are not a new phenomenon, the current volume of fighters is unprecedented.

In conclusion, if the question is “Will the Islamic State survive with the same characteristics and priorities as we used to know it?” the answer is no.

To the contrary, it will undergo significant strategic, tactical, and communication’s changes, returning to an al-Qaeda style approach.
As to al-Qaeda itself, the group of Ayman al-Zawahiri will probably exploit the failures of the Islamic State to assault the latter’s image, highlighting that their objectives were unrealistic and pursued rashly.