Jihadism in Europe: A return to old-style recruitment 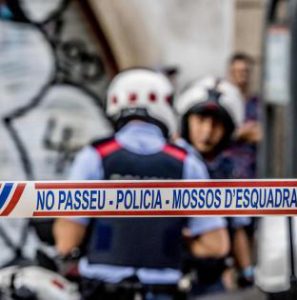 Three months after the August 17 attacks in Barcelona and Cambrils, it is necessary to take stock of an important feature that many of the latest attacks in Europe have in common. It can be referred to as “old-style recruitment.”
It includes the range of recruiting strategies and radicalization patterns excluding online affiliations, virtual propaganda, and encrypted messaging.
Old-style recruitment relies mainly on face-to-face interactions, which take place within given peer group and are based on preexisting relations and a shared social background, such as a school, neighborhood, mosque, or family.
Local radicalizing agents exploit old bonds of trust – or build new ones – to radicalize and ultimately weaponize impressionable youth.
Along with preexisting relations, old-style recruitment relies on individual leaders in a given locale. They are radicalizing actors who tend to exploit two main narratives: First, a narrative of self-pity, aimed at underlying the injustices that Muslims people face whether in the heartlands of Islam or in Europe. Second, the discourse concerning personal empowerment and redemption from any sins against Islam that recruits feel they have committed in the past.
These days, as foreign fighters return en masse from Middle Eastern battlegrounds to Europe, “old-style recruitment” is likely to increase. Back in 2014, the European Parliament’s Committee on Civil Liberties, Justice and Home Affairs released a report stating that, while communication technologies have changed the ways in which jihadists communicate, cooperate, and plan attacks, violent actions do not stem from purely virtual relations. In other words, jihadist causes inevitably require direct social interactions.

The Barcelona and Cambrils attacks, which killed 14 people, provide an illustration of the phenomenon. The mastermind, Abdelbaki el-Satti, was a Moroccan citizen who moved to Spain in 2002. He had been an imam of a mosque in Ripoll, a small town north of Barcelona. All members of the cell except one hailed from there as well.
In building the cell, el-Satti relied on preexisting relations and face-to-face interaction. While in prison on drug-related charges, he met Rashid Aglif, one of the perpetrators of the 2004 Madrid attacks.
The nexus of el-Satti and the other members of the Catalan cell provides an emblematic example of old-style recruitment and radicalization: preexisting relations, radicalization that has been fostered in jail, a local charismatic leader (el-Satti), and face-to-face interactions rather than virtual contacts.

After his release in 2015, el-Satti went to Vilvoorde, Belgium, one of the European cities with the highest number of foreign fighters in Syria and Iraq, then moved back to Spain.
We do not have reliable analyses on the ways in which foreign fighters from Vilvoorde radicalized. Yet it was likely not by chance that el-Satti moved to the city, and further research is needed on the Belgian connection of the Spanish cell.
In this sequence of events, there are multiple old-style recruitment features. First, the members of the cell had a shared background, in that they knew each other and came from the same town, Ripoll.
Second, they preferred face-to-face interactions; Spanish police said that the cell never communicated online.
Third, all the prospective jihadists used to live on the edges of the local Islamic community; Ali Yassin, President of the Islamic Community of Ripoll, declared that he did not know the group, and doubted that “those guys knew the color of the carpets in the mosque.”
These statements are likely to be true, since old-style recruitment and radicalization do not necessarily take place within the mosque. More often, they occur beside it, within a group that might adopt two postures. That is, either they collide with the moderate imam, or they draw closer and closer to the radical imam, as in the case of the young people who joined el-Satti.
Fourth, the prison environment played a role. Prisons are places of vulnerability to radicalization par excellence and El-Satti and other members of the cell were jailed many times, thus meeting radicalized individuals during the imprisonment.
Fifth, the “old-style recruitment” also served to create new radicalization hubs, a phenomenon that does not have a real online equivalent.
Ripoll was one of them: all the cell’s members except from Said Aalla grew up, became friends, and radicalized there.
In such hubs, the process is self-perpetuating: the kinship, friendship, and neighborhood bonds provide a basis for collective radicalization, which in turns strengthens the bonds, thus creating a vicious circle that cannot be easily penetrated.

In many “old-style recruitment” cases, there is no significant recruiting efforts from the international networks, and the process is completely bottom-up. Only after the cell is fully radicalized it attempts to connect with a well-established organization. The local cell may also draw ideological inspiration from a foreign element without any formal link to it. In this case, radicalization is likely to occur both through old-style processes and online, while the actual recruitment happens through interactions in real life.

These radicalization patterns are not new to Europe. The Belgian branch of Sharia4, Sharia4Belgium, allegedly recruited 80 foreign fighters all over the country largely relying on face-to-face interactions and informal meetings.
Sharia4 is a radical Islamist set of networks that differ in terms of their level of activity and their connection with Anjem Choudary, the British Islamist who founded al-Muhajiroun – later Islam4UK – in 2002. In 216 Choudary was sentenced to five years and six months in prison.
Sharia4Belgium emerged in 2010 with a number of websites and “themed” channels on YouTube, thus merging the old-style strategies with an aggressive online presence. In 2015 its spokesman, Fouad Belkacem, was sentenced to 12 years in prison.
Within the same borders, the Zerkani Network, which was particularly active in Molenbeek, the Belgian most notorious jihadist hotbed, sent to Syria and Iraq at least 59 individuals, according to the available reports.
One of them was Abdelhamid Abaaoud, the supposed leader of the group that carried out the Paris attacks in November 2015 and the Brussels attacks in March 2016.
The Zerkani Network is named after Khalid Zerkani, a Moroccan citizen arrested in 2015 and sentenced to 15 years in prison for his recruiting activities.
A further evidence of the relevance of traditional methods is that in this network, as in the Spanish cell, the recruitment used to take place amid sport and recreational activities, aimed at strengthening group unity and increasing the appeal of the leader, who at a later stage started to focus on the indoctrination.
A peculiarity of the Zerkani network, which speaks to the influence of the charismatic leader over his recruits, is that he allowed the practice of theft even though it is obviously forbidden in Islam.
According to Khalid Zerkani, stealing something meant getting the group’s ghanima, the war spoils that Muslim fighters used to conquer during the expansion of Islam.

In comparing “old-style recruitment” with jihadist recruitment in the virtual world, a key contrast emerges: while online radicalization may be unrivaled from a quantitative perspective, the older form is likely to be more effective from a qualitative point of view. That is, online recruitment efforts may reach thousands of individuals worldwide, but only a small fraction of them will go on to develop the operational skills necessary to perpetrate attacks. Moreover, online radicalization is a highly atomized phenomenon: The “recruiters,” in appealing directly to Internet users as individuals, are unable to leverage peer pressure on recruits as one can through personal interaction.

For European security sectors, countering old-style recruitment poses a different set of challenges than countering the online variety. Doing so involves penetrating on-the-ground, human networks with preexisting links, in which members share a stronger sense of belonging and camaraderie.
The issue of old-style recruitment should not be underestimated, especially considering that with the flux of returning foreign fighters in Europe, the risk of having new traditional cells on the continent is becoming more threatening.