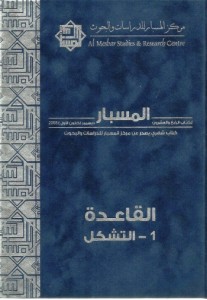 Why did Al-Qaeda appear? And why did it vanish? Why did it split into local groups? Why did specialized centers—like those that study security, political science, foreign affairs, or Arabic—intensify their research on Islam after September 11, 2001? Al-Mesbar Studies and Research Center tackles these questions in its 24th monthly book, Al-Qaeda: The Formation. Carlo Masala tracks the transformations that Al-Qaeda underwent, shedding light on its ability to adapt—particularly during the so-called “war on terrorism.” Hashem Salih examines the repercussions of September 11 on Western and Arab intelligentsia. Huda Al-Salih focuses on electronic Jihad recruitment groups, since the Internet served as a major tool for Al-Qaeda to spread its ideology. Because Al Qaeda’s relationship with Iran is regarded as one of its major problems, Mohammad Abbas Naji chooses to highlight some facts—including that Iran was never a target for the operations launched by Al-Qaeda. Lastly, Ahmed Husni presents an excerpt from British journalist Jason Burke’s book, Al-Qaeda: The True story of Radical Islam, and Abdul Hakim Abu Al-Lauz focuses on the relationship between religion and politics in the monthly study: “In The Radical Mind.”