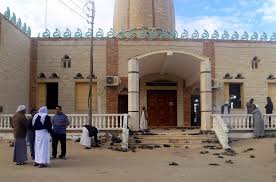 At least 305 people were killed after more than two dozen of militants detonated bombs and opened fire on the Al-Rawda mosque in Bir al-Abed, a town in northern Sinai — the nation’s deadliest terror attack in modern history.

The month of November has been marked by tragedy in Egypt before. On November 17, 1997, Al-Gama’a al-Islamiya murdered 62 in the ancient city of Luxor.

Over the three decades since, the doctrine of terrorism has changed in some ways among ideologically-affiliated groups such as al-Qaeda, ISIS, and the like in Libya, Egypt, and elsewhere. It has evolved from a policy of targeting non-Muslims, or “places of shame” such as bars and night clubs, to targeting all those who do not follow with the terrorists’ teachings. Attacks on Muslims — particularly Sunni Muslims of differing stripes — have become the fighting priority. No site or time of year receives a religious dispensation: An attack may be ordered on a holy place of any creed, as easily on the holy month of Ramadan as at any other time.

Egypt has been suffering from instability since the Muslim Brotherhood-led government lost power in 2013. The ouster of President Morsi, led by the military and cheered by the population, was denounced by some as a “coup,” while praised by others as a second revolution. This schism has been the essence of division among the population ever since. The majority of Egyptians maintain their support for the present government, both despite and because of the bitterness of terrorism. For them, there is no turning back: The one-year presidency of Mohammed Morsi revealed both the extremism and incompetence of his movement, as well as its ties to armed violence. He meanwhile broadcast a false narrative of moderate Islam to outsiders.

Egyptians find it hard to forget the story of the country’s soldiers who were kidnapped in the Sinai under Morsi’s watch. The president responded by calling for negotiation with the terrorists — angering the many who share the view, prevalent globally, that negotiating with terrorists amounts to appeasement. The Brotherhood understands this principle as well as anyone, but actually welcomes the appeasement of what amounts to its falcon wing. Hardly by coincidence have numerous Brotherhood leaders fled Egypt for Hamas-ruled Gaza. Part of Sinai’s suffering originates in that terrorist haven: The so-called “terror tunnels” reaching into the Sinai from Gaza have served the terrorists in smuggling weapons and aid. The Egyptian government reports that nine of the 14 perpetrators of the mosque attack were non-Egyptian, and has suggested that some reached the peninsula from Gaza.

A day before last week’s atrocity, the four countries boycotting Qatar for supporting terrorism added two groups and 11 members to their terrorism list. One of them is Mahmoud Ezzat, who fled to Gaza in 2013.  He became the Muslim Brotherhood’s new “Murshid” (guide), after the prior leader, Mahdy Akef went to prison.

Neither economic difficulties nor political disputes justify the killing of innocents at prayer. The Al-Rawdah Mosque tragedy was a local manifestation of a regional pathology, and should be addressed, accordingly, both inside Egypt and in the broader Arab world.