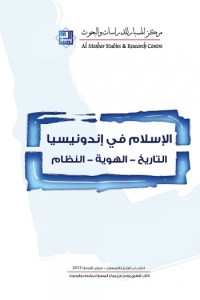 In its 74th monthly book, Al-Mesbar Studies and Research Center studies the interaction of Islam with the society, state, identity, and other Islamic streams in Indonesia. Abdullah Al-Madani presents a global overview on Islam in Indonesia as well as political Islam and extremism—the historical roots of which are traced back to the nineteenth century. Mohammed Alawawdeh tackles the question of the state’s identity: “Islamist or national.” He also tracks current parties in the country. Hussein Al-Zawy sheds light on the international support of separatist movements in Indonesia, with a special focus on multinational corporations’ interests and their stance regarding the national state. Mahmoud El Sayed Orabi draws a map of ethnic and religious diversity in Indonesia, where the majority of the population is Muslim, and highlights the state’s view of its religious minorities. Driss Jandari highlights progressive Islam in a country torn between religious fundamentalism and the challenges of the modern era, using Nahdatul Ulama as a model. Said Mohammed Al-Husseini Mohammad Yousuf studies the Muhammadiyah movement and reform in Indonesia, and pinpoints the problems within the organization. The monthly article, by Christopher Bond, and published in Foreign Policy magazine, highlights the American view regarding neglect of Islam in Indonesia. This issue’s study, written by Algerian researcher Mohamed Baghdad, outlines the Islamic movement and its transformations.