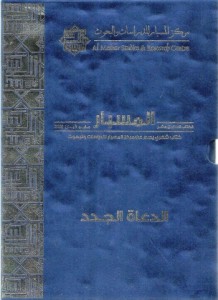 In its 17th monthly book, Al-Mesbar Studies and Research Center sheds light on The New Preachers, a phenomenon new to the modern Arab Islamic scene that occupies considerable religious, social, economic, and even political space, and that has sparked controversy since its emergence one century ago. Patrick Hine studies the environment that produced the new preachers. Wissam Fouad presents the phenomenon as an expression of a certain generation. Mohammed Hassan Sharif deconstructs new preachers’ discourse and their interactions with the media and education, analyzing whether it falls under the concept of “renewal of religious discourse” or remains a speech of special logic and vocabulary. Alaa Al-Nadi tackles the controversial relationship between new preachers and political Islam. Mustafa Ashour discusses the role played by TV channels in the emergence of the new preachers. The monthly book, The Market of Islam: Revolution or Other Conservatism by Patrick Hine, is reviewed by Faraj Naim. As for the monthly study, part of the “Fundamentalist Mind” series, Ahmed Abdel Halim Attia examines Islamic fundamentalism in contemporary Arab discourse.