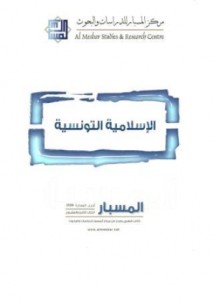 In its 28th monthly book, Al-Mesbar Studies and Research Center highlights the Islamist movement of Tunisia, which is one of the most prominent Islamist movements in the Arab and Muslim world, and the first to exist in Maghreb. Salah Jourchi gives us the parameters of this environment and its most important characteristics. Fadel Al-Baladi, previously a founder of the Islamic Renaissance movement, presents a critical essay based on his own firsthand account as a decision maker. Ahmida Ennifar offers us a study in which he squeezes his memory, and never testified for the years of the establishment of the Islamic movement of Tunisia, which was an active partner there, and a theorist and active within it through her presidency of the edit of the magazine of knowledge Al-Marifa Magazine, which was expressed. Abdul Hakim Abu Al-lloz, a Moroccan researcher, studies the relationship between Tunisian Islamists and power throughout the 1980s and 1990s. Ajmi Alorima also explores the problematic issue of the relationship between the Islamists and power (using the case of Tunisia’s Renaissance as an example). Abdel Tawab Abdullah offers “Rashed Al-Ghannouchi: Personal Biography and an Intellectual Reading,” in which he presents the biography and the most important ideas of Sheikh Rashid Al-Ghannouchi of the Tunisian Islamic movement. There is also a reading about the Islamic trend movement, which remains an intellectual reference for the Islamic Renaissance movement. A review by Mohammed Alqomana highlights Dr. Ahmed Arafat Al-Qadi’s book about Islamic renewal: Semantics and the Case.